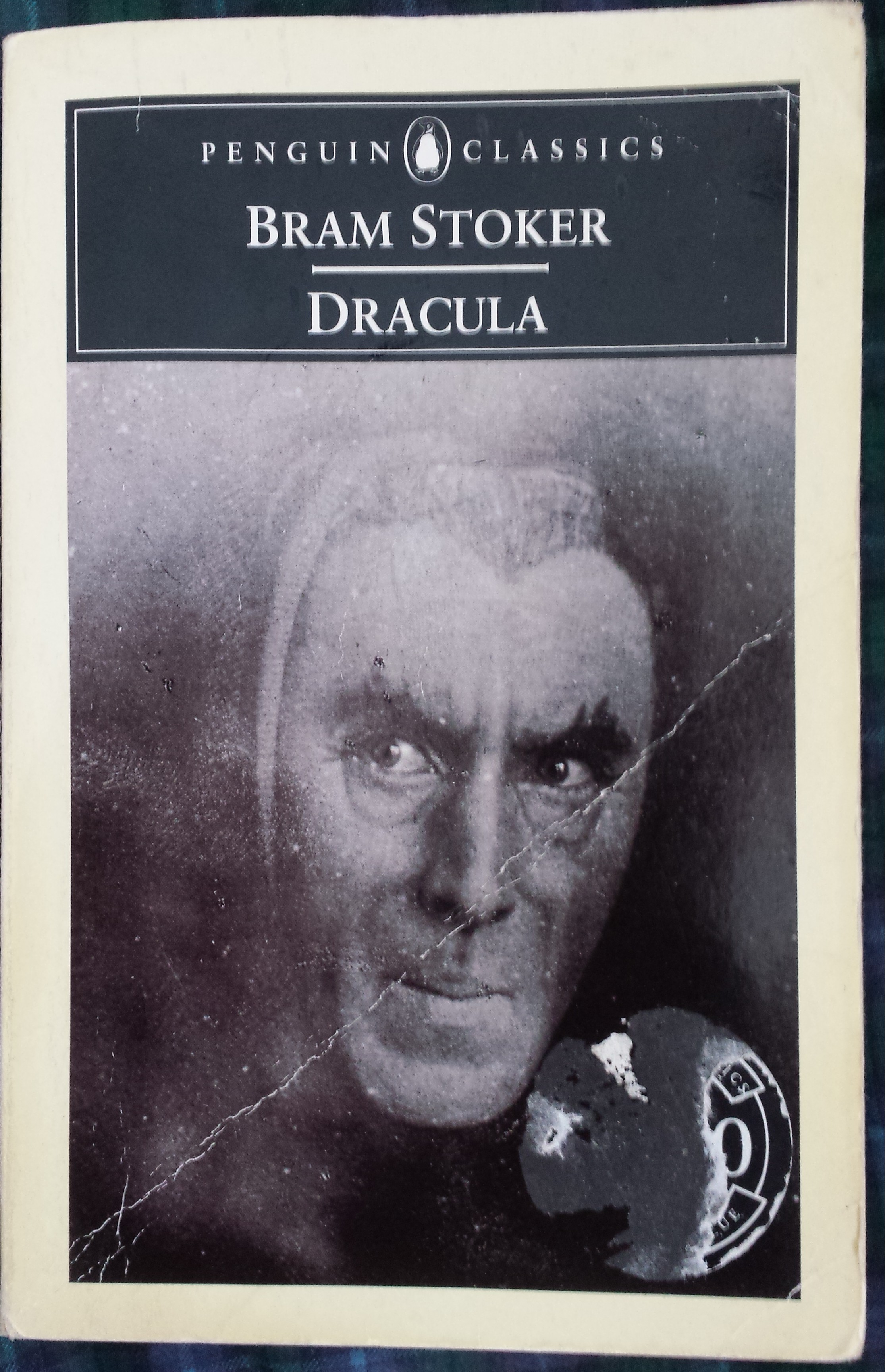 I had been looking forward to reading Dracula by Bram Stoker. It is obviously a very famous story, and after my failed (so far; now on pause) attempt at Anna Karenina by Tolstoy, I was hoping that Dracula would provide some of the classical hooks with a little more oomph in the form of some quality horror. I have to say that I didn’t really get it!

Don’t get me wrong, I did enjoy the book. On its plus side the first parts as Harker travels to Dracula’s castle and all of the events that happen there was great. It is the remainder of the story (which equates to about 2/3 of the book) that is more of a problem. I have three main issues with the book.

Please note, this whole review has spoilers. I don’t usually do spoiler type reviews, but be warned!

One of the book’s strengths is its format. It is made up of various diary entries and logs of events and these add a realism to the work that I really liked. What I didn’t like was the fact that quite a few parts of the book that should have been urgent and full of excitement were actually crammed with people making sure that their diaries were up to date, or ordered correctly, or that everyone had read everyone else’s accounts or that Mina (see later) had diligently typed everything up. It must have been top of her list even once she became sure she was turning into the undead. Nothing fends off Dracula’s curse like a bit of light admin!

Its also worth mentioning that if I was going through what the group go through in the book, recording everything in my diary would be very low on my list. The book’s concentration on tasks that have no relevance to the main story is aggravating; even when  one character’s wife (Lucy) dies and we find out that there really are undead creatures in the world the fact isn’t driven home by the narrative.

This fascination with recording everything  greatly detracts from the well known, preserved drama of the Dracula story.

To further exacerbate the painful nature of the book’s pace, I come back to a part of the book where Lucy is being munched by Dracula every evening. Each morning Lucy appears to have magically lost blood, and each day the hardy menfolk fill her back up with blood transfusions from anyone who is available, then proceed to bungle the next night’s vigil. This became tedious for me. The book expected me to accept that mysterious things were afoot, but the reasoning for repeated failures was not compelling. It felt like padding.

My final example of the pace issue exposes a rather fundamental problem. There is a lot of buildup towards various events throughout the book which in themselves are fine, maybe a little lengthy, but fine. The problem is that the bang is not worth the wait. Its like queuing for a fireworks show that turns out to be 100 people all stood watching a sparkler. The Finale to the whole book is the best case in point. There is huge amounts of work put in to catching Dracula, then in a little more that a sentence, they cut off Dracula’s head, he disintegrates and that is that. Done deal, don’t know what all the fuss was about. Well, bloody hell. Brilliant. Thanks for that.

Van Helsing is one of the main characters in the book. He is not like any other depiction of the character I have seen in other versions or in related genre fiction that uses the name. The original is a great character. Older, wiser, not your stereotypical hero type. I actually like him for his originality when he first appeared. “Oh ho” thinks I, “here comes the action!” And so it does in the books own way (see problem number 1.) But Van Helsing changes over time. His speaking part builds over the course of the book. By the time we get the the long build up to the finale Van Helsing is talking a lot and the problem is, that the dialogue is shite.

Sorry to be so blunt, but I have no idea what Bram or Bram’s editor were thinking. I read a review that said Bram was trying to be funny; if he was, then he failed with me. Van Helsing is from Holland and his sentence structure is wrong. This could be accepted as an endearing quality, except it was not “the little grey cells” of Poirot, but a jumbled narrative that continually kicked you out of the story.

3. The last rant before the conclusion: gender equality!

The book portrays women in an odd way. I can accept that equality of the sexes was not in place (shame it’s still a thing at all!) when the book was written. There are references throughout of the divide that society imposed, yet that isn’t the final problem I want to highlight about the book. I am going to take umbridge at the book’s inconsistency. Mina Harker was involved in so much at the start of the book. She went out alone to a foreign country to find her husband, she nursed him, bought him back and strived to understand his situation. After that, she read and transposed his harrowing diary and subsequently everyone’s diaries. And even after that, she watched her friend be taken by Dracula. Suddenly, when co-incidentally, it would be useful if she remained part of the team and abreast of events, she is rleft out of the action as its “too dangerous” and is relegated to the typing pool because important man work is required! The menfolk dash about being manly and using dogs because they know about hunting and stuff while Mina is systematically and rather quietly munched every night.

And even after that, when the company finally do allow Mina to know everything again, the now munched by Dracula, has drunk his blood herself, might be turning into the undead… is going to be a secretary again!!

I really can see where all of the fascination around Dracula came from, but I’m glad that it got adapted and updated. The original didn’t work for me. I got to the end, but it was a struggle. Watch the film instead.