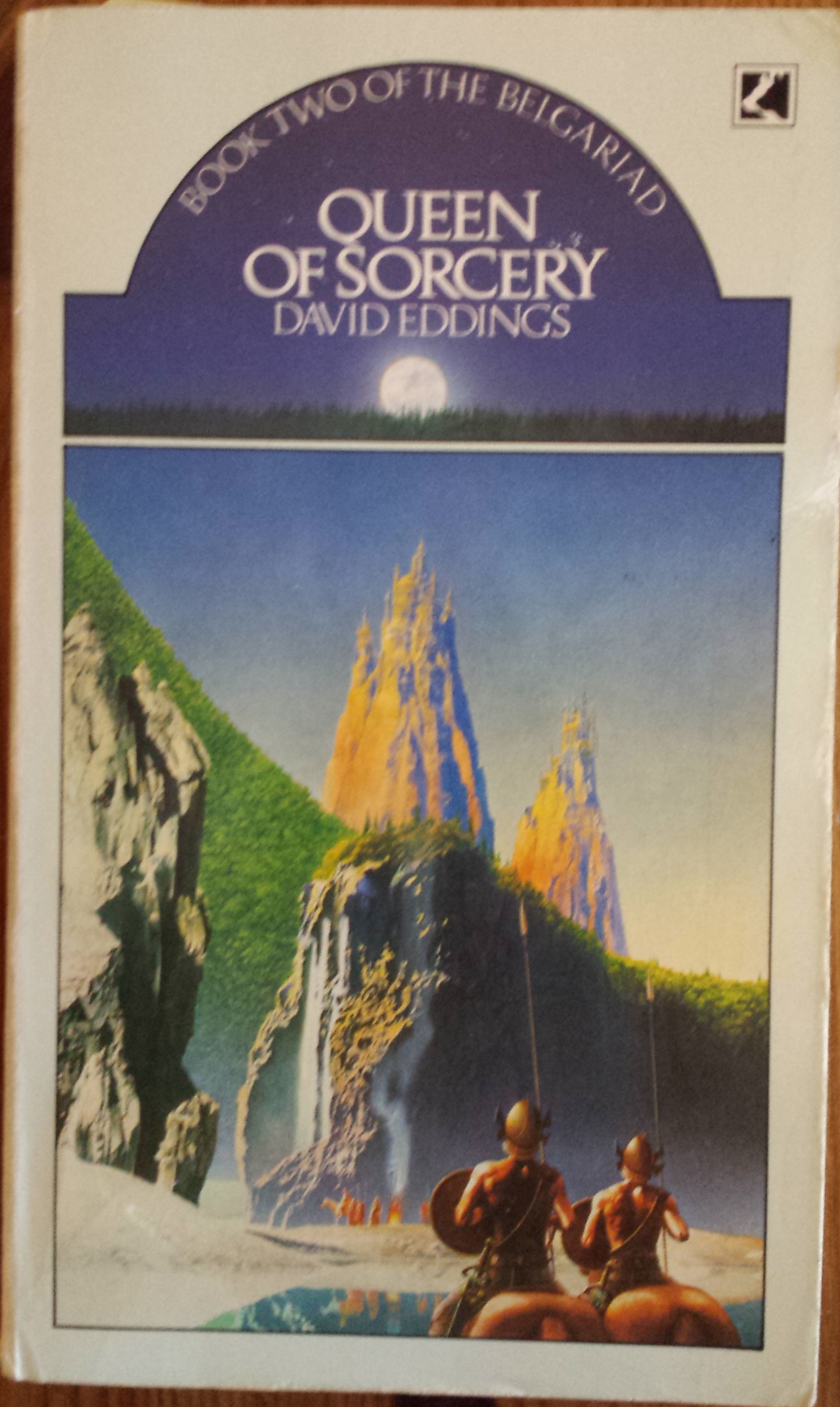 Here is a quick book review of Queen of Sorcery by David Eddings. I’m keeping it short because I’ve recently read Pawn of Prophecy; the first of the series and this really is a continuation. I’m also progressing at fair pace with The Year of Reading Dangerously. I wouldn’t say quickly, as I have been side tracked with my book list, and I have been continually tweeting about various aspects of #tyord. Andy Miller hoped that the book would speak to me. It has and it is. Anyhoo, I really enjoyed Queen of Prophecy. I’m not going to rate it as highly as The Pawn of Prophecy, but it is none the less a very competent sequel.

This instalment of the quintet is more your quintessential fantasy travel diary than the last book. As you know, I liked David Eddings writing style, so the book remained readably even thought little of any import happened for most of it. In amongst the travel, bedding down, the feeling of being followed and the occasional intrusion of a king or a Grolim: tension built nicely. I spent quite a bit of the book wondering why it was called the Queen of Sorcery, hoping that I would find out. Suffice to say that the build up is worth it and Aunt Pol really is a queen of her particular art.

This second book sees the main character Garion in a more grown up role. There is a bit more sexual content in this book, but it is kept relevant to the characters wo fand is in no way too much for the target audience i.e. teenagers and not middle aged men… It is actually quite subtly written sexual tension and I thought it was perfectly balanced and well done.

There are a few further issues that I had with the book and I will end with them in a list; because that is easier and quicker than proper writing and I want a cup of tea:-

In conclusion. I liked it. It has some flaws, but they are acceptable as the build up, story and characters are able to carry you through 🙂